Traffic-related air pollution is increasingly shown to have negative health effects according to a growing body of epidemiologic evidence and is a substantial public health concern in Canada, argues a commentary published in CMAJ (Canadian Medical Association Journal).

Mounting evidence indicates a causal effect between exposure to air pollution from traffic and the development of asthma in children and adults. Diesel exhaust causes lung cancer.

Despite generally good air quality in Canadian cities, approximately 21,000 people die prematurely from air pollution each year in Canada, about 9-fold more than the number killed in traffic accidents. About 10 million people — 32% of the population of Canada — live within 500 m of highways or 100 m from major urban roads, areas in which they are exposed to elevated levels of traffic-related air pollution.

“This high prevalence of exposure, in addition to evidence of associated health problems, suggests that traffic-related air pollution is a substantial public health concern in Canada,” writes Michael Brauer, School of Population and Public Health, University of British Columbia (UBC), Vancouver, BC, with coauthors.

The authors highlight four overlapping strategies with short- and long-term options to help mitigate the effects of traffic-related air pollution:

· Better land-use planning and traffic management: locating buildings such as schools, daycares and retirement homes at least 150 m away from busy streets

The authors cite growing evidence that indicates that these types of interventions are successful. For example, the introduction of a fee for drivers to enter a “congestion charge zone” in London, UK, reduced traffic volume and congestion that resulted in “an estimated gain of 183 years of life per 100,000 residents within the zone over a 10-year period.”

“Although these interventions alone benefit health, combining strategies can result in more cost-effective policies and greater improvements to population health,” the authors conclude.

New Delhi has become the most dirty city in the world.But i have an idea !!

According to reports of 24th Nov, the India city’s air pollution index than the Chinese coal mining area of the city is still high, the most polluted cities are New Delhi and Calcutta. In 2012, air pollution in the world that killed about 7 million [...]

What are the important factors affecting indoor air quality

OLANSI Health Industry Co., Ltd. was founded in 2009 and is a new high-tech enterprise focusing on the research and development, production, sales and service of healthy home appliances. Committed to using technology to create a healthy, beautiful and high-quality life for consumers. Won [...]

Do you know when buying an air purifier needs to pay attention to anything?Ok,  if you do not know, I can tell you here. I hope this helps you to choose a good air purifier.Buy air purifiers need to consider four points. First, whether absolute [...] 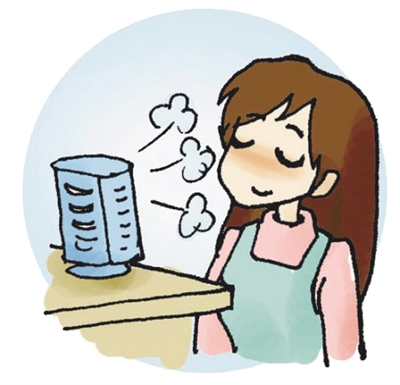 Allergens do not stop at the front door. Pollen, mould spores and bacteria can find their way into indoor areas despite precautions such as opening windows only in special times of the day or washing one’s hair before going to bed. (Asthma and allergies go [...]

Zero formaldehyde from furniture manufacturer is just a Legend

German engineering and electronics giant Bosch Group launched the company’s first air purifier to tap into China’s air purifier market. “The demand for oem air purifier in China is really huge and is still on steady increase as the smogproblem is still severe here,” said [...]

Car air purifier,Actually not that simple

If you buy a lot of automotive supplies, then the car air purifier must not unfamiliar. Such a small machine is how to purify the air inside the air purifier? Really useful? For these questions, I will answer for you. Although invisible to the naked [...]