The seven-meter-high metal structure, designed by Dutch artist Daan Roosegaarde and introduced to the Chinese capital as the world’s largest air purifier in late September, opened for testing and adjustment recently.

The tower boasts a capacity to purify 30,000 cubic meters of air per hour and an ability to capture at least 75 percent of PM 2.5 and PM 10 particles, creating a fresh-air area around the tower, China Youth Daily reported.

The designer also said that particles collected by the tower could be processed into black gems.

Some experts questioned the usefulness of the newly-installed air purifying tower. According to calculations by an expert, it can absorb merely 4.5 grams of PM 2.5 an hour on heavy pollution days, which is less than the equivalent of a spoonful of salt, the paper reported.

“It would work better to have the construction site covered by a piece of cloth,” the expert joked.

In other cities, various facilities aimed to combat smog have also been installed. “Perhaps people are desperate about combating smog,” commented He Jijiang of Tsinghua University.

But those smog-treating facilities are only experimental and cannot solve the fundamental problems, He said.

Beijing was again shrouded in smog, with particle concentration in the air continuing to rise from midday on Tuesday, and the heavy pollution had lasted 19 hours as of midday Wednesday.

Six of the capital’s monitoring sites reported heavy pollution, which continued to worsen, prompting the Beijing Meteorological Service to issue a yellow alert for air pollution on Wednesday, the fifth of its kind since the beginning of October. 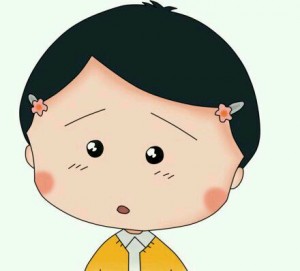 The air purifier, it can effectively remove harmful substances in air purification, to ensure that the indoor air fresh. Negative ion air purifier provides not only clean air, it can also supplement the lack of air, beneficial to human health “air vitamin” – negative [...]

OLANSI teach you how to choose an air purifier

The arrival of an epidemic has made us all more deeply realize that health is the greatest wealth. In terms of air environment safety, the ravages of bacteria and viruses, sandstorms, and excessive formaldehyde in new houses have also caused more and more friends [...]

Air purifiers are more acceptable to consumers, professionals recommend air purifiers to 24 hours operation, the power issue is bound to be a problem in ensuring air quality, energy conservation is worthy of our attention. ▼ How can I make the air cleaner to save energy, [...]

As the government fumbles over effective measures to curb severe air quality in India’s capital of New Delhi, people are increasingly looking at air purifiers for relief. SEE ALSO: NASA reveals why New Delhi is blanketed with deadly smog Major ecommerce businesses in India are reporting [...]

A University of South Florida professor’s latest invention promises to help asthma and allergy sufferers breathe easier by ridding their homes of pollutants. Yogi Goswami, 68, a mechanical engineer at USF, says he has developed the world’s first molecular home air purifier, which not only [...]

Something about the car air purifier

In our travels to China, we’ve seen first hand how air pollution is bringing down the overall health of the region especially the air quality in India. After all, we’ve been actively building our brand over there, for a reason – to contain the [...]