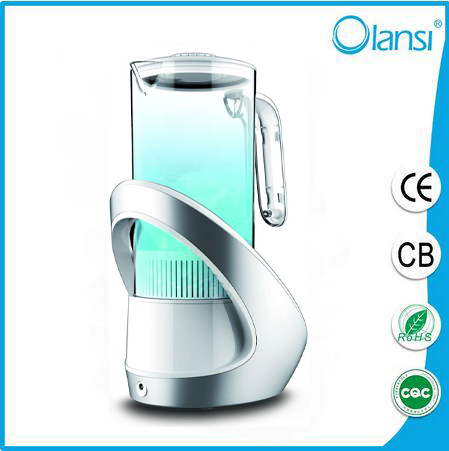 You can have water in the cup of water charging

The water cup is in Japan as in China and hydrogen rich ups,  and other negative hydrogen term, there are three kinds of methods for hydrogen production in the domestic water in the cup, the first generation of chemically hydrogen charging, the other can usually be hydrogen charging. Coral calcium may occur after the cup but also do not need to charge.

With boiling water or tap water to clean, see the instructions, you can use the manual, is quite easy to understand. If the specification is in Japanese (small series is not recommended by the Japanese Prime concentration water cup, the third generation of SPE proton exchange membrane in domestic water cup, and no residual chlorine and ozone). You should be able to recognize the charger, first put the glass charge. And then the cup up drinking water (note not tap water), you press the button on the cup, according to a 3 or 5 minutes by two hydrogen, 5 or 10 minutes of hydrogen production, the time to automatically shut down, long press may be forced shutdown.

What is Hydrogen Rich Water? There is a natural spring in an abandon mine cave in Nordenau, Germany. In 1992, it was found by chance that the water from the spring could heal diseases. It is called “Miracle Water” by world of mouth for it [...]