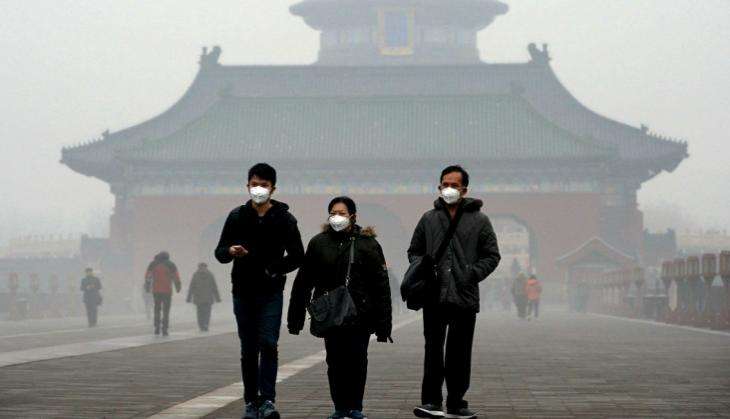 The ‘Smog Free Tower’ will soon be opened to the public, and will be toured across the country, state-run Global Times said, quoting China Forum of Environmental Journalists, an NGO under China’s Ministry of Environmental Protection.

The tower can capture about 75% of PM 2.5 and PM 10 tiny particles in its vicinity and then release purified air to create a “bubble” of fresh air around it. The tower can clean 30,000 cubic meters of air per hour through its patented ozone-free ion technology.

Beijing has been plagued with heavy smog since the beginning of October. The city’s environmental authorities issued a “yellow alert” for air pollution on Tuesday. “Yellow alert” is the third-most serious level in a four tier color-code warning system. Red is the most serious and orange the second-most serious while blue is the least serious pollution level.

The average PM2.5 density of the small deadly polluted particles crossed over 300 today even though a cold front in the morning cleared the smog a bit. Liu Guozheng, CFEJ secretary-general said the tower is intended to warn authorities never to forget their duty and encourage the public to pull together to combat the smog.

The public, meanwhile, is bemused by the tower’s function and have called on authorities to curb dangerous sources of polluting particles, the daily said.

Netizens expressed their frustration over the tower. “The so-called divine smog cleaner is more like a piece of performance art, which makes almost zero difference to cleaner air in the city. It devours the polluted air and exhales fresh air, but so little it won’t make any difference. The air will stay polluted,” the daily quoted a comment by Sina Weibo user.

Air purifier has been more and more important to us

Pay attention to the inspection report when purchasing

Many people  appeared unwell symptoms when haze weather came, we are actively looking for other ways to remove haze, including the purchase of air purifier is one of the most popular recently. The air purifier on the market continued hot selling, however many kinds [...]

Most air purifiers now have a reminder light. When the filter indicator light is on, it means that you need to replace the filter. The situation in each region is different. The heavily polluted areas need to be replaced frequently, and the less polluted areas do [...]

The air purifier market in China is estimated to be about USD 0.965 Billion in 2014. China is the abode to rising industrialization and increasing population which thereby affects the pollution in the country. Increasing number of heart attacks and other air borne disease [...]

To buy or not to buy?—-Air purifier