With the onset of winter bringing its usual pall of pollution-related gloom over the skies in North India, the conversation in Delhi, the second-most polluted city in the world, returns to the question of how to tackle pollution, indoors and outdoors.

Over the past two years, this concern has resulted in a thriving market for air purifiers in the national capital.

With the onset of winter bringing its usual pall of pollution-related gloom over the skies in North India, the conversation in Delhi, the second-most polluted city in the world, returns to the question of how to tackle pollution, indoors and outdoors.

Over the past two years, this concern has resulted in a thriving market for air purifiers in the national capital.

“The market is worth around anything between Rs 600 crores to Rs 700 crores in India,” said Jay Kannaiyan, co-founder of Smart Air purifiers. “[It] has shown 40% growth last year with more than half of its sales having taken place in Delhi-NCR.”

Kannaiyan’s company projects itself as an affordable option in a confusing market where air purifiers can be bought for as little as Rs 15,000 and as much as Rs 80,000 depending on brand, quality and spin.

While several experts and doctors believe that air pollution can only be combated through policy level changes, and that alternatives like air purifiers are an ineffective solution for what is a very serious public health problem, others believe that the use of purifiers can at least mitigate the negative effects of breathing severely polluted air till long-term efforts to combat air pollution show results.

For instance, two major pollutants, PM (particulate matter) 2.5 and PM 10 – like dust, soot and pollen – can cause serious health problems in the long-term.

PM 2.5 is particularly dangerous pollutant because it is so tiny. Measuring less than 2.5 microns across – 30 times smaller than the average width of a human hair – it can enter the bloodstream and settle in the lungs, which, in the long term, can lead to cancer, cardiovascular and respiratory diseases. This pollutant is also to blame for much of the haze that blankets North India, especially in the winter when cool, heavier air mixes with these particles and stays suspended over the city, lowering visibility.

The World Health Organisation suggests that average PM 2.5 levels should not be more than 10 microgram per cubic metre in a year. Indian standards, which are not as strict, put the yearly threshold at 40 microgram per cubic metre. However, Delhi’s average in the most recent July-November period was more than four times that, and 13 times higher than the WHO prescribed safety limit. 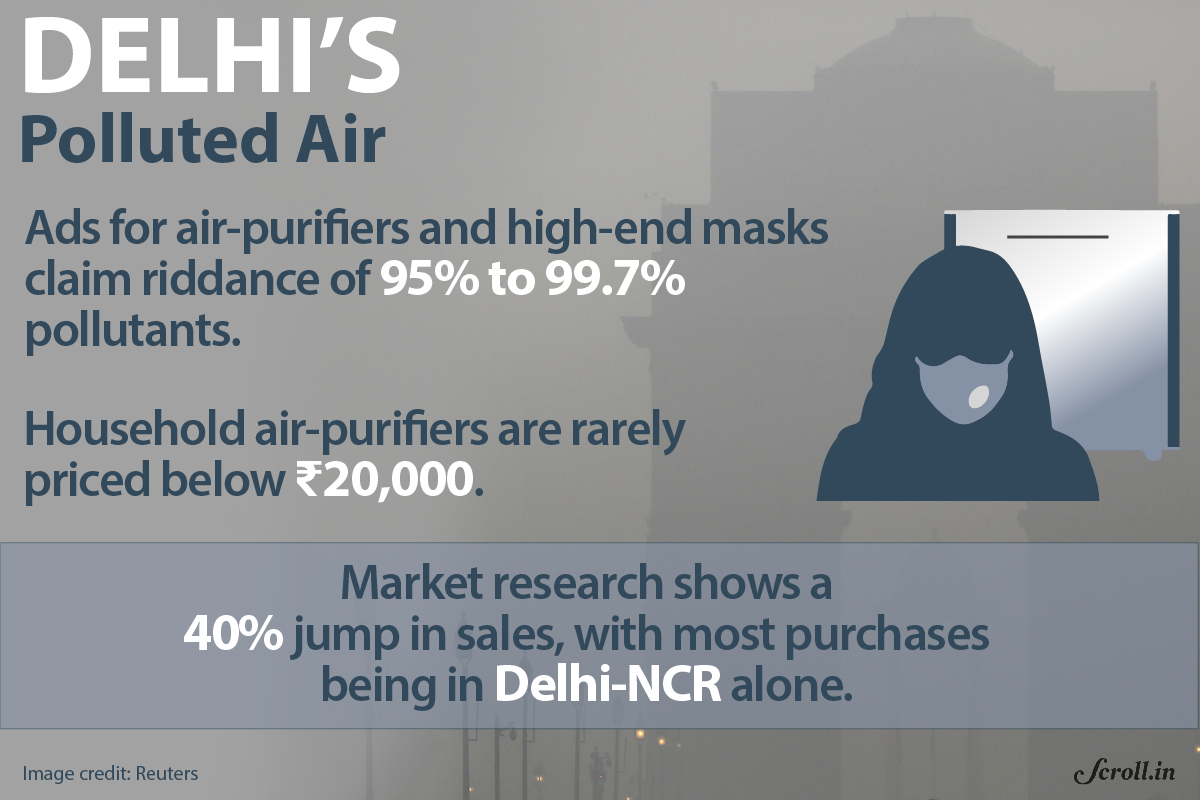 It has been over a month since we last saw the blue sky in Delhi. The amount of pollution is such that even at noon, the capital of India looks all wrapped in smog. Worse, it not only makes the city seem hideous and [...]

As many Olansi users already know, we recommend our Air Purifiers For Children, because we know they’ll make a huge difference in their health. After all, children have smaller lung capacity than adults and in turn intake nearly 50% more air. That’s why we [...]

Why you need to purify your indoor air and how to do it Did you know the air inside your home or office is often worse than outside air? Since most of us spend most of our time indoors, it would be wise to ensure [...]

Where for home air purifier? Placed in a suitable place on a home air purifier can play a more effective air purification the desired effect, where the main living room, children’s room, bedroom and office and so on. Living room: This is an important family [...]

Breathe easy with an air purifier

Some time ago Noida-based entrepreneur Sushmita Sinha’s son had a cough that lasted for almost a month. A worried Sinha decided to buy an air purifier. “It had a dramatic effect. Earlier, my son would lie awake at night coughing, but now he sleeps [...]

According to reports, the global annual number of deaths due to poor air quality caused by millions. Air pollution is a global problem. However, the air pollution has not been enough attention, especially in the indoor air quality. Most people only through the eyes [...]